The major market indices all closed down over 3.5% on Monday, which is the second consecutive 3% down day in the market and will have some material effects on the development of the technical indicators like the NYSE Bullish Percent and TSX Bullish Percent, these are our main market risk indicators.

Monday’s market saw the BPNYSE fall more than 11%, which is the third largest daily decline in the BPNYSE since 1997.  Based upon Monday's action, the BPNYSE is at 24.11%, which simply means that only 24% of stocks on the NYSE are on buy signals.  The other side of this is that nearly 74% of the NYSE stocks are on sell signals.  Similarly, the TSX Bullish Percent has fallen to 20.54%. These moves in the market risk indicators also pushes them to fall below the 30% level, or into the green zone.  Historically, the BPNYSE has fallen below 30% once every 3 to 4 years, and it was 4 years ago to the month that the BPNYSE initially fell below 30% before ultimately bottoming at 18% in October 2011.

While it is never a “comfortable” feeling to get these indicators down to the 30% level, historically we have seen attractive buying opportunities come from these oversold levels.  We will anticipate more from here, but will watch the development of this indicator closely.  As for now, these indicators would continue to be viewed as negative, yet the indicators are in oversold territory. 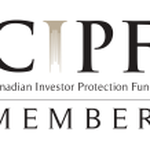